The Power of Positive Gossip: Building a Culture Defined by Successes

“Most coaches study the films when they lose. I study them when we win—to see if I can figure out what I did right.”

I’m at the Keurig machine and Mike says, “Did you see that hit on that quarterback last night?” I said, “Yeah, it was harsh! I caught it on SportsCenter: Top 10 Plays. Looks like they’re sharp this season. I haven’t been able to watch a full game, but I get a taste for the quality teams from ESPN videos.” 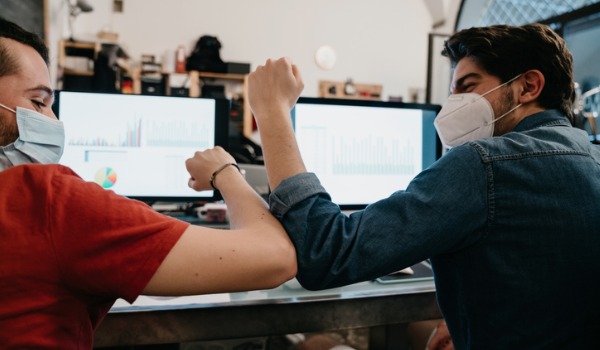 Today I’m consulting at a manufacturing plant, working with site leaders. I’ve been invited to the Leadership Team staff meeting. It begins with the Operations Manager rattling off a list of mistakes that occurred during the week: a breakdown on line 3; a supervisor made the wrong call last night; the usually flawless Steve got distracted Tuesday and damaged two pallets of product; and on and on. This consumed most of the staff meeting. We heard all about what went wrong, most of which happened under unique circumstances or due to uncontrollable events.

Focus on the valuable things people have done

I thought, but this is a high-performing plant! Most people are doing the right things most of the time. They’ve been in business a long time, they’re profitable, hitting their targets, and doing all this without safety incidents.

So, I want to hear what people are doing to produce these good results. And I want to know what people can do to replicate those good things day in and day out.

It occurs to me that I’m looking for the highlight reel. Moreover, I’m looking for the same kind of interest and excitement about the actions and accomplishments that are valuable to the organization’s mission that people have for the things on top plays of the week.

It’s the highlights from ESPN’s SportsCenter that people talk about in the break room, in the cracks between meetings. People want to be like those athletes, they root for milestones, and they get excited about their successes. That’s what I would like to see in an organization—a culture in which talking about the “highlights of the valuable things people have done” is common practice.

The challenge is: How do you create that kind of excitement for things done well in your organization? How do you create a culture in which people regularly recognize, talk about, and take pride in the successes of their co-workers?

One extremely impactful tactic that leaders can use to shape a high performance culture is to actively, purposefully look for, listen for, and share positive examples. We call this spreading positive gossip.

Positive gossip involves sharing examples of people’s good efforts and successes. The intention is to demonstrate that day-to-day valuable actions are expected, noticed, and appreciated.

As leaders spread positive gossip consistently and broadly, they form the foundation of a culture of engagement. When someone makes a good decision, finds an uncommon hazard, provides exceptional customer service, jumps in when needed—these behaviors are the highlights that serve as the bricks in this foundation.

As leaders discuss “things that worked” for one person, which others can do as well, they encourage team members to learn from one another. They build on strengths of each team member and work together to develop effective practices.

These may be small successes to start—anecdotes, good reactions, or good efforts. However, as these repeated examples of small wins become part of the regular informal communication, you’ll see that engagement, morale, and ultimately performance will excel.

The practice of spreading positive gossip is much more than just positive talk: it’s functionally about building a culture that emphasizes exceptional work over sub-par work, consistency over firefighting, and empowerment over micromanaging.

“Ever since I was a teenager, I've tackled every big new problem the same way: by starting off with two questions. I used this technique at Microsoft, and I still use it today . . . Here they are: Who has dealt with this problem well? And what can we learn from them?”
—Bill Gates, Microsoft Co-founder

“If an executive leader knows your name, it’s because you’ve had some trouble.” This is often true, but so is the opposite: in a performance culture with high engagement, when leaders talk about people doing the right things, it becomes meaningful for everyone. When a senior leader says, “Your supervisor told me . . .” followed by a behavior that added value, not only is that behavior likely reinforced, but the supervisor’s credibility is enhanced by sharing the story

It extends the perception that the supervisor “has the boss’s ear,” and their sharing of good things about people, even when they are not present, speaks to their character and intention. These interactions often strengthen the relationship among these three people, all for the benefit of the organization.

So, we want to share what people do correctly—when they did the right things in the right way, made the right decisions, did quality work. We want others to understand why or how people made their choices, how the environment was arranged, what information was available, who was present, and what happened earlier. As peers hear examples of value-added work, they not only might learn good strategies faster, but their perceptions of their peers may improve.

Also, borrowing practices from others (“hey, that’s a good idea, I’m going to try that”) typically encourages the original performer to continue the good work, and it increases the likelihood they will share more ideas with others.

From a performance culture standpoint, spreading positive gossip is often a catalyst for improving KPIs. We commonly see metrics improve, such as increased workforce engagement, increased retention stemming from improved employee-supervisor relationships, and improved job satisfaction as an outcome of increased demonstration of trust and respect. More broadly, we see fewer silos, more innovation, and enhanced overall performance as people adopt best practices learned from others.

Four questions can help shape the best gossip to be shared with the organization:

Opportunities to share positive examples abound! Here is one that I observed. Consider the impact and power of this story being told and retold throughout the Plant:

It was my first time on-site at this chemical plant. There was a leak in a pipe containing hazardous chemicals. Mechanics—fearing lost production time from a shutdown—suggested tearing off insulation to find the leak.

Thankfully, the Supervisor did not approve that plan. Nor did the Operations Manager. They ordered the production line shut down, the pipe isolated, and the area barricaded off. They wanted the job fixed safely and properly, by the book. Their decision lost 72 hours of production, but it was the right call—consistent with the company’s values, best practice, and the standard operating procedures.

The next day, I asked how many people knew that these two leaders made this decision, which clearly valued safety over production. The answer was just four: the two Mechanics on the job, the Supervisor, and the Operations Manager.

Consider how many people would have heard about the situation if either the Supervisor or the Operations Manager had authorized the Mechanics to fix it quickly (and dangerously) while it was running, as was their original plan. My guess is that within three days, everyone in the Plant—from entry-level techs, to office staff, to senior Union Stewards—would be talking about neglect and disconnect between the company’s stated safety value and the actions of its leaders.

Later that day, the Maintenance Manager shared the example in the Leadership Team meeting. He encouraged the Directors (his peers) to discuss it in their department meetings. The next day, the Supervisors mentioned it in their pre-shift meetings. Soon, the word got around. Many acknowledged that this was the kind of support they wanted from their leadership.

While one event doesn’t change the culture, it moves the needle.

What Does Positive Gossip Look Like? I Want ”The Best of!”

We see this approach in all aspects of life. When I think about books to read, I don’t want to hear about the worst books—I want to know the best ones to read. When shopping for a new gadget, I want to know what innovations actually work and are helpful. Why would performance in an organization be any different? I am interested in what good actually looks like. Not hypothetically or brainstormed on a flipchart, but what is working in everyday practice.

I want leaders to generate excitement, energy, optimism, and pride as they highlight exceptional work. These are the examples that can be replicated, that can be best practices, that can yield better, sustained business results.

As leaders attend to the right things and purposefully capture and share success stories, they demonstrate what they value—and consequently, what the organization values. Additionally, the repeated telling of those stories shapes the perceptions, morale, climate, and norms within an organization.

Our mission is to call attention to the valuable things that people do—talk about them, repeat them, celebrate them, learn from them, replicate them, and systematize them.

This blog was authored by Ken Wagner, Ph.D. Ken translates human potential into business success to drive profitability, operational excellence, employee engagement, and leader performance. His deep subject matter expertise in leader development, behavioral science, motivation, learning, and systems analysis has given him highly diverse understanding across a broad spectrum of private and public industries ranging from complex, multinational organizations to specialized boutique companies, in more than 20 countries, across 6 continents.